Difference between revisions of "Class Session 6"

From 2012classnotes-orggov2.wmwikis.net
Jump to: navigation, search

Leadership is is related to social influence, however, the terms used to define leadership are subjective.

Problems with the concept of Leadership: 1. Definition and measurement: 2. Whether leadership affects organizational performance 3. Process of selecting leaders

Three reasons why the observed effects of leaders on organizational outcomes would be small:

Pfeffer cites two studies that examined the effect of leadership changes in organizations. Both studies show that the actual administration (i.e., leadership skills) had little effect on organizational outcomes when all other factors were taken into consideration. Also, two studies examining behaviors of front-line managers found that the leadership exerted was really only a response to the demands of the social context.

Here is a quotation that gets to the heart of the article:

Process of Selecting Leaders: The selection process of leaders also affects what traits are represented in those individuals. On the one hand, organizations or the selection committee often prefer a candidate with traits similar to their own. And once a leader is put into place he/she often is constrained by the organizational culture or expectations and cannot act as decisively as one might think. Selection may also be based on the candidate’s perceived ability to deal with certain organizational contingencies – not overall leadership skills. However, the truth is that there are a multitude of external factors that affect an organization and are beyond the control of the leader.

The Attribution of Leadership: Leaders exist because people say they do: "Leadership is attributed by observers." in order to make sense of their environment. The belief in leadership provides a framework and justification for the social model. "Whether or not leader behavior actually influences performance or effectiveness, it is important because people believe it does".

Leaders as symbols: The position becomes a symbol. Not only as a figurehead to attend meetings and special events, but as a "scapegoat when things go wrong". The position as a symbol is reinforced by "elaborate" search committees and "elaborate ceremony".

Symbolism & Presidential Perceptions of Leadership Tierney shares the value of studying leadership from a less objective view and more of a social constructivist view. Within the social constructivist perspective of organizational leadership, Schein (1985) asserts that good leaders really are able to create and manage culture. Tierney adds that "If a central task of leadership is managing the symbolic aspects of the organization, then obviously it is helpful to investigate what leaders perceive leadership to be and what activities leaders perceive they have used to realize those perceptions" (1989, p2). Tierney is essentially approaching the study of leadership, specifically amongst college and university presidents, from a very symbolic interactionist perspective.

The Nature of Symbols Tierney asserts that symbols are not simply objects or signs that convey a meaning; rather symbols are present wherever humans are interacting with one another. Tierney lists examples such as "an act, event, language, dress, structural roles, ceremonies, or even spatial positions in an organization" (p224) as symbols that are left to be interpreted during interactions between members in an organization. If symbols help define authority, then learning more about these symbols that leaders wield in organizations will, according to Geertz (1983), help define authority and advance the study of leadership.

The social interactionist lens focuses on the interpretation by others, of any act of communication. Tierney provides the example of a manager who walks around the building and causally speaks with her employees. This could be interpreted as being personable and respecting all members of the organization, or could be interpreted as a "checking up" behavior and received as a rude infringement of the capabilities of the employees. Tierney asserts that importance of specific management traits should not be the focus when studying leadership. Rather, because all actions are liable to various interpretations, and a shared interpretation of the action is dependent on the context of the organization, it is more important to break down and attempt to interpret all symbolic forms through which leaders of an organization communicate. In this article, Tierney attempts to "deconstruct the underlying conceptual orientations that presidents bring to their leadership roles and contexts" (p225).

Tierney then reviewed the transcripts, identified symbols, and categorized the symbols into one of the following groups: 1) metaphorical- figures of speech that "provide participants with a portrait of how the organization functions" (p226). Ex: leaders comparing themselves to football coaches, counselors, or conductors of orchestras. 2) physical- objects that mean more than what they actually are. Ex: purchasing computers for each faculty member in an institution without computers symbolizing that teaching was going to change at that institution. New libraries. 3) communicative- symbolic acts of oral discourse, written communicative acts, and "nonverbal activities that convey particular meanings from a president to a constituency" (p227). Ex: Spending time in student centers, making efforts to interact with faculty, holding gatherings. 4) structural- "Institutional structures and processes that signify more than who reports to whom" (p227). New presidents and veteran presidents distinctly differ on their use of structural symbols. Presidents in office three years or less feel that changes in the institution are needed. Ex: "This place was a mess when I got here..." or "I had to overhaul the entire structure because things just weren't working." 5) personification- "A leader's intent to represent a message with an individual or group" (p228). Ex: Appointing a female to office to symbolize support of women or appointing leadership that all had teaching experience to emphasize excellent teaching. 6) ideational- "Images leaders convey about the mission and purpose of the institution" (p228). Ex: William and Mary is the second oldest college in the nation. Groupings of symbols were not mutually exclusive. Tierney noted the significance of the manner and intention of the use of the symbol by presidents. The limitation of this study is that the researcher studied the responses from the presidents, but has not yet gathered data on the context of the organizations. Determining the context will shed light on how others in the organizations interpreted symbols from the president, as well as uncover shared meanings of symbols in the organization that may have differed from the intention on perceptions of the president.

Tierney suggests three proposals to help leaders understand the culture and context in the institution they are leading. 1. Symbols Demand Corroboration- leaders must "walk the walk" if they "talk the talk." Ex: If a leader believes in visibility, he/she must act to make his/her beliefs reality by meeting with faculty frequently or being present on campus. 2. Use of Symbols Consistent with the Organization's Culture- even if a leader corroborates actions with portrayed symbols, there will be conflict if the new initiative or belief is too inconsistent with the common culture. Ex: A president may want to emphasize a more participative decision making process, but if the organization is entrenched in a more one-on-one method of communicating, the new belief/initiative will not take effect and can cause dissonance. 3. Use All Symbolic Forms- Because all acts of an organization are open to interpretation, all acts of a leader essentially take symbolic form. The alignment of all the symbols a leader presents can be far more effective than attempting to use one occasion or one symbol to convey a message or belief. Ex: Using convocation as the only venue to communicate symbols is not nearly effective as using the convocation AND acting in numerous other ways that symbolize and support the belief the president is attempting to make ubiquitous.

Academic Structure, Culture, and the Case of Feminist Scholarship 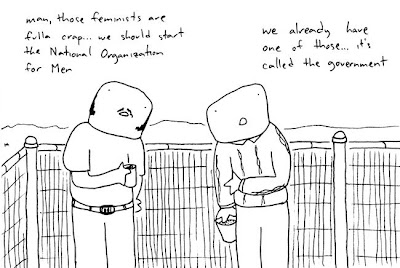 Gumport (1991) questions the assumptions and assertions of the functionalist paradigm concerning academic work and the academic profession. According to Gumport, functionalists assume that there is a degree of integration and cohesion in academic work and the profession. This is evident from the existence of both departments and professions that supposedly unify a landscape of pluralistic interests. She discusses how the idea and metaphor of e pluribus unum – out of many, one – and prominent research have led to this assumption of unification. However, Gumport (1991) offers an alternative view of academic work and the profession as being “a site of oppositional discourses, imbued with fundamental conflicts of vision and resistance to new ideas...” (p. 509). Essentially, she accuses current conceptual frameworks of limiting both the way that we think about and research academic work.

Analysis Gumport uses qualitative interview data with faculty conducting feminist scholarship to support her alternative views of the structure of academic work. Using the interview data she grouped faculty into four different groups. The four groups consisted of “(1) scholars whose interests matched their conventional departments and had no interest or participation in feminist thinking; (2) feminist scholars working primarily in their department and discipline of training but who had some dual or mixed loyalty ties; feminist scholars in departments yet whose primary loyalty was to women’s studies as an autonomous unit separate from the conventional department; and (4) feminist scholar-activist located in women’s studies programs who saw themselves as change agents to develop women’s studies as an autonomous unit, and whose primary affiliation was to the broader national feminist movement” (p. 510-511).

Faculty Identifying with Departments These scholars did not see their work as intersecting with feminist scholarship in a meaningful way and did not become involved with feminist research or teach women’s studies. These scholars were likewise more committed to their department and discipline than feminist scholarship. Here are a few quotations that highlight the views of this group:

Faculty with Mixed Loyalties These scholars tried to balance their loyalties between their department/profession and their interest in feminist scholarship. Some, mainly historians, found that this worked well others struggled with balancing act. This group was exemplified by these quotations:

Faculty Identifying with Feminism This group of scholars consisted of Faculty within women’s studies programs that found their community and commitment were neither with the program or profession but outside the academy altogether. These scholars viewed feminism as more than just a academic pursuit, instead they viewed it as a political ideology that they meshed with their scholarship. Where some in other groups consciously sought to divide their scholarship from the political nature of feminism, these scholars did not think that there was a conflict between the political and scholarly aspects of feminism. This group was mainly thought of as outsiders in their programs. This sentiment was represented by the following scholar’s statement: “They [other faculty] put on file with the administration a criticism saying that I was not collegial because I did not validate the work of women who went before me, that I moved to fast” (p.514).

Campus Networks Gumport discusses how the environment for scholars was different based upon the institution type. She points out that the women’s studies programs flourished at the comprehensive college in her sample compared to research universities. She attributes the differences to institutional focuses, teaching verse research, and locus of control, departmental verse administration. Gumport concludes that “in light of these fundamental differences in organizational settings it becomes clear that overarching academic beliefs like academic freedom and devotion to knowledge are mediated by local settings" (p.517).

Conclusion Gumport’s main conclusions are expressed in the following quotations: